Julien Neel discovered his passion for a capella singing in the early days of YouTube when ad revenue was a viable source of income. Now, YouTube has changed, and it’s no longer realistic to rely on ad revenue alone. Despite the changes, Julien’s business is thriving, thanks to multiple streams of income. One of them is Sellfy where he sells audio learning tracks for acapella songs. While some of his success can be attributed to being in the right place at the right time, he has been able to maintain and develop his career by applying simple, but powerful principles to his work.

What do you do exactly?

I sing a capella covers of classic barbershop tunes, Beatles songs, video game and TV theme songs, choral music and others. My songs are for both entertainment and learning purposes. People can watch them for free on my YouTube channel or, if they want to learn a song, they can go to my Sellfy store and purchase my audio learning packs. I write the arrangement and harmony for the songs myself, then I learn them and record videos of myself singing the different voices and I publish videos on YouTube.

How did you first start singing a capella?

I started 10 years ago and it happened by accident. I was in college and, in one of my English classes, we put on a musical, where I got a lead role. That’s how I first got into singing.

By the time I started doing this professionally, I was a Research Scientist in Bioinformatics and Machine learning. At that time, I was doing my Ph.D. and I wanted to sing on the side for fun. I eventually realized that’s something I really want to do and my attention slowly shifted from science to music.

I switched careers completely when I was 35. I never thought I could do this because I wasn’t born into a family of musicians. I’m still surprised I’m doing this!

What was it like to create and publish your very first video?

Back then, nothing was marketed, it was totally amateur and, for most people, YouTube meant cat videos. And, if you look at the really early YouTube videos, the quality was terrible.

At some point, I realized I could sing all the parts of a song and I decided to record and publish it on YouTube. After my first video, I got some feedback saying I should make another one and so I did. I recorded a song from The Simpsons, and it gained a lot of popularity. I didn’t think about it at all, I just thought it’s a fun song. Plus, I made a ton of mistakes, I look terrible, my hair is everywhere, but it’s fun!

Eventually, people started asking me to record something for them and I realized I should charge for that because it was taking a lot of my time.

How have you improved since then?

I’ve been taking classical vocal lessons for 3 years now. It has really changed the quality of my voice in general. There’s a big difference between me now and 10 years ago. Back then, I had instincts for what to do, but it was raw and not very sellable.

I know there are many people who are much more advanced, vocally. But, my formula is ‘simple done well’, so I’m not competing with people of that skill level.

I’m just a normal person doing this thing I love. My equipment is a tiny microphone and a tiny webcam, and that’s it. But, I think YouTube has become like television and people expect television quality productions. They want perfect audio, perfect video, and perfect lighting. There’s a pressure that goes with it. As soon as you produce something, people expect you to be able to do it on demand. I realize I can’t do that so I just do my own thing and I try to be consistent with it.

When did you realize a capella singing could be more than a hobby for you?

Before 2011, you could not put ads on videos unless YouTube allowed you to. You had to become a partner to have ads on your videos. So, I became a partner and started monetizing my videos with ads. The formula was similar to what it is today. Of course, now, you get way less money per view. It used to be something like a dollar per 1000 views. I had around 100,000 views and I made a $100 just having fun. That made me think that, perhaps, I could increase it and make a side income.

Later on, I started diversifying my product line and I created multiple sources of income. For example, I developed my website, I started selling my music on CDs and writing custom projects. That allowed me to reach some kind of stability around 2014.

Having multiple sources of income works well because sometimes one source goes down, another one goes up, and, on average, they tend to stabilize each other.

How do you make money with your a capella singing now?

It’s pretty much just me singing and packaging that in different boxes. Sellfy is one of those boxes.

My approach is to recycle one product as something both educational and entertaining and package it in dozens of different ways.

Then there’s YouTube advertising, which is dropping really fast, unfortunately. My views have gone up but the revenue has dropped.

I also sell my music on Bandcamp. And, I have Patreon, which really helps. It works surprisingly well because I have 140,000 people who follow me on YouTube and maybe a 1000th of that on Patreon. But that’s almost enough if I’m able to produce two videos a month and make a few hundred euros.

Then I get people who commission projects for their group to sing, and I write the arrangements for them. From time to time, I work with companies to record jingles for their products and stuff like that.

To compare, many musicians I know who perform on stage have to pay all the rental and the equipment, and they end up with almost 0. I have very low costs, all I have to do is put the music online.

Tell me about your audience. Who are the people who listen to your music and buy your digital products?

I think my core audience is made up of 40 to 60 year-olds who enjoy listening to and singing vocal music or want to perform it themselves. Generally, my customer base can’t read sheet music, so they learn by listening to my recordings. Typically, they play it in the car while they drive and then, after a week where each member of their Acapella group has practiced separately, they get together and can sing right away.

I have many young audience members as well because I’ve done videos that were targeted at younger people, like video game songs. Those became very popular and triggered a lot of subscriptions. But, they hardly watch my other content because they expect the same stuff they subscribed to at first.

Some people just watch one video, subscribe and then move on without checking what you’re actually doing. That’s why it’s important to be extremely consistent in your content because, if you disappoint, people just stop watching you.

What do you do for marketing, how do you get views and sales?

I think I was fortunate enough to start very early in the YouTube world. So, in terms of Search Engine Optimization ranking, I’m pretty well placed, so I think that’s how I managed to make it. And, honestly, business has come to me directly. I haven’t done much myself, so that’s convenient. I just do the bare minimum, like YouTube and Facebook.

You can have all these subscribers, but they get filtered out. I still have a core audience that is very committed and supportive, but I think, in reality, it’s much smaller than it appears to be on YouTube.

Which products are your best-sellers and why do you think they’ve performed so well?

My most successful products are the ones that were very popular on my YouTube channel. For example, my a capella covers of Beatles songs worked the best. Or, songs that are very popular in the barbershop niche.

When you’ve got a niche community it’s easier for some content to become very popular there. And if you create products the community likes, they’re likely to purchase them.

I’ve also done more current songs where the interest dies out pretty quickly. For example, I tried it with Winnie the Pooh, the Disney movie. I recorded the old Disney version of the theme song and I published it a week before the movie came out, so there was a lot of buzz on YouTube. It did OK for a few days and then it died out. I prefer to make stuff that’s more evergreen, so this approach doesn’t work that well for me. I try to avoid peaks and drops.

How has having this business impacted your life?

I’m super happy, this whole thing and being on Sellfy has changed my life for sure. I’m way happier, I’m doing what I love.

I’m also in a small group where we perform for the elderly in nursing homes all around the region. We’ve probably performed over 100 times. We come and sing to a group of elderly folks who are very sad sometimes and can’t move. We sing for them for an hour and then, at the end, some are clapping and dancing. It adds a lot of meaning to what I do.

What advice would you give to people who want to make money doing what they love, similar to you?

I think we live in an era where if you put your heart into something, you can actually make your dreams come true. The technological barrier today is very low. I think it’s absolutely possible for many people to have a profitable side hobby or to even make a living from that.

And I think Sellfy is great for that because it allows you to test the waters and see if people are buying what you create. And you don’t need to put much work into maintaining it, you just let it live and it works. And if it takes off, great! If it doesn’t, move on to the next thing.

I think it’s important to have drive, to have infinite energy for something. And, you have to believe that what you’re doing is great. Don’t force yourself to do something you don’t like because that gets tiresome very quickly, especially if you’re not rewarded financially and you’re struggling.

Determine what you want to do and package it simply and effectively. Make it easy to understand and to use, whatever it is you’re doing.

Finally, try to be consistent with your quality. Don’t aim for a super high standard and then realize you can’t keep up with that because it’s exhausting. Instead, do something you can do on a relatively regular basis. Again, my formula is ‘simple done well’. 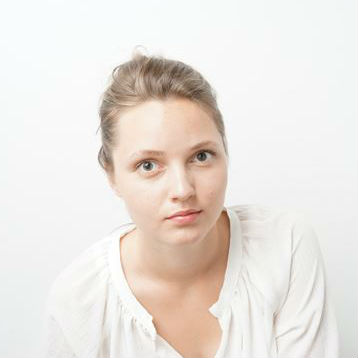 Zane is the Customer Success manager at Sellfy. She is passionate about helping others succeed, and she loves inspiring others to pursue their ambitions.