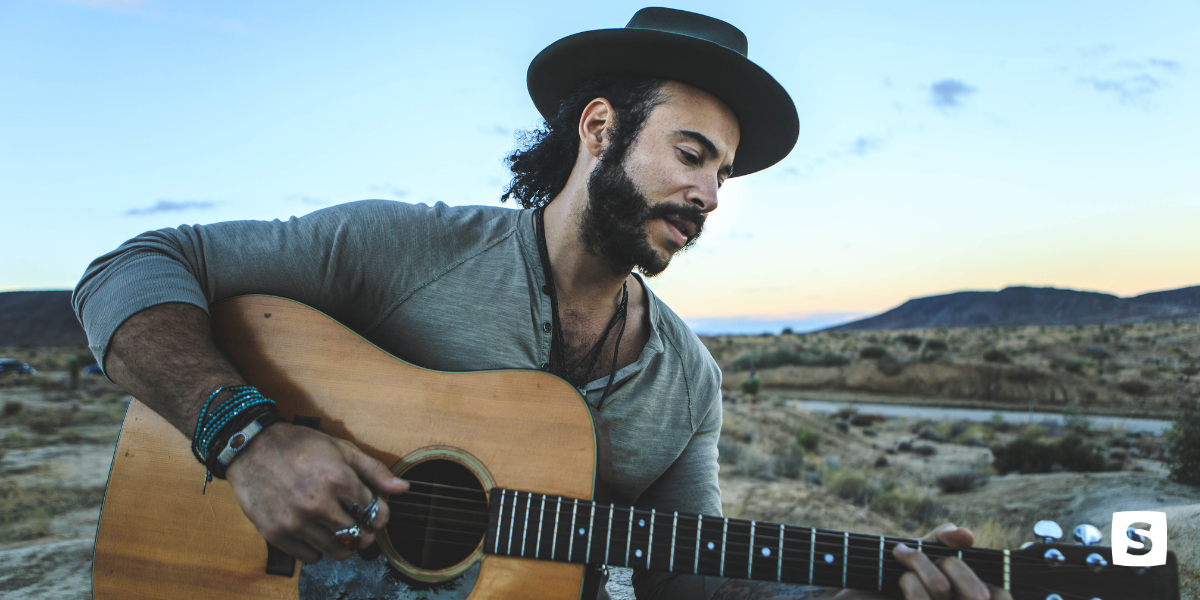 Adam McInnis is a music industry entrepreneur on a mission to help musicians, producers, and songwriters learn the realities of the music business. He’s also a producer, songwriter, artist and, over the years, he has worked in nearly every position in the music industry.

Among his multiple businesses is his Sellfy store. There, he has built a profitable online business with a relatively small and dedicated audience. He is one of the top Sellfy sellers in the music niche, having earned 20K in two months. His formula for success? High-value products for a premium price. In our interview, he shares powerful lessons about making money in the creative industries. Keep reading to get inspired and try out his strategies yourself.

What does it mean to be a music industry entrepreneur?

I use the term because I do many things. I’m primarily a Producer, then a Songwriter and an Artist, and then there’s the business part.

One of my businesses is a music workshop called Neverland Retreats, which is hosted with Grammy Award winners and number one Songwriters. They teach upcoming musicians the realities of the music industry. And, it takes place in the jungle of Costa Rica.

I’m also the lead singer and producer in a band called Sons of Legion. It’s with one of my close friends who is also a BMI Songwriter for Demi Lovato. We write songs for our own projects and for other artists, TV and film.

And then, we do music clearance. So, if someone else has a really good song that you want to use in your movie, I’ll be the person to view for them. For example, someone may be asking me for a DJ to remix his song with a budget of $10,000. I know DJs, I reach out, I connect people.

What’s your business about?

My role is to teach people how to make money in the music industry. In the US, there are only 12,000 people that make a living from their music. I aim to show that the reason why such a small number of people make money from music is that no-one actually teaches the music business.

I hear people say they’re a struggling artist and, to me, it doesn’t make sense because there are many ways to make money. Like, you can start any kind of company online! In my opinion, it’s actually a way of people doing ‘misery loves company’.

If people want something, there’s an opportunity for commerce. But if people don’t want what you have, then there’s no commerce. And that’s the part people often don’t get – they want the money but they don’t realize that people don’t want their products. Instead of figuring out what people want and selling that, they just want to do what they want and expect others to pay, but these things don’t correlate. That’s essentially what I teach people in consultations.

I try to help guide people towards a realistic standpoint about the music industry and to notice that it doesn’t matter if you don’t become a ‘hit musician’. I’ve had ‘hit musicians’ sleep on my couch, who have hits on the radio, but they’re just broke. They’ve written a bunch of songs with so many other people that they’re only getting small amounts of the income. People hear the word ‘hit’ and because of the adrenaline, the fantasy, they think that’s what they want. But, I think it’s better to know the business. Like, you can have all the control of a pretty good song and it makes you $200,000 or you can have almost no control of a huge hit that makes you only $20,000. What makes more sense?

What’s the role of Sellfy in your business?

I think Sellfy is the best thing for a storefront that you can create easily and quickly. I don’t have to be tied to a place, I can literally take my computer to Costa Rica when I go there for my workshops and still run a company.

For me, Sellfy is more about collecting customer email addresses from smaller purchases, giving out information, making the brand known. And then, when I go to sell a big product like my Ultimate Artist package or the Neverland Retreats, people are already hooked. I’ve noticed that the people who become members spend about $6000 a year on average, which is a very high rate, compared to other companies I know. Once someone comes into the group, they usually buy a package and they also go to a workshop. Plus, they tell their friends about it.

What’s your approach to creating products?

When someone wants something, there’s a need for commerce. I always listen to what people say they want and what they’re struggling with, and then I make a product around it.

I ask questions to my audience via podcasts and live streams. So, for example, if someone’s trying to figure out how to make their voice sound like it’s on the radio, I’m going to ask others if they want the same and create a product to solve that issue.

Tell me about the different kinds of products you sell on Sellfy! You sell one-hour consultations, courses, memberships…

We have our Private Membership groups on Facebook where we pre-screen all the artists and they are met with the rest of the team, which is 100+ artists from all over the world. I give daily podcasts, I show information on music theory or how to put yourself on TV shows, how to get your songs placed with Rihanna, how to get your music into that higher level.

I do weekly consultations where I literally show my clients step-by-step how to become successful in the production game. Basically, I call you once a week, give you the highest level information from Grammy Award winners, number one Songwriters, and people that I personally work with. I show you all the tricks of the trade, and you don’t have to spend 15 years trying to figure out why the music sounds that good on the radio.

I also have the Ultimate Artist Course, which is 16 weeks long. I talk about how to find real success, how to do your finances, how to brand, how to market. That one’s a little bit different and goes deeper than any other of my programs – I break down body language, micro-expressions, and hypnosis.

Finally, I sell things like music contracts, which I created by going through all the contracts I’ve ever had. I took off all the names and reorganized them to make them universal. Now, others don’t have to spend the $5000 I did to negotiate the contracts.

How did you build your audience?

Everything I do is kind of organic. I think if you give people food that tastes good, they’re going to come back for it. So that’s what I did and still do – I just put out food for thought, I give you ideas to ponder.

I’ll be honest, I used to have a very strict regimen where I used to publish at least three times a week. I did that for about a year and I noticed that my follower count kept growing. People were sharing this stuff and they kept on recommending it to others. And then I decided to go on camera and people started sharing it more and people started asking me to be on podcasts and interviews and it started to grow. Eventually, I started to do live podcasts of up to 4 hours and now I do three-hour podcasts.

How long ago did you start selling your digital products?

I started last year and then right around Thanksgiving I started selling bigger packages that cost around $1000 to $2000. I just knew those would actually make more sense in the long run. So, I put a bunch out and people started buying like crazy.

I think people were happy to pay more because they felt the price represented a higher quality.

Now, everything’s growing organically, so it’s more about reinvesting into the company. But, this is just one of my businesses, and the other stuff I do is on a much higher level.

Tell me more about the Billboard 500 club membership. How did you come up with the idea and how does it work?

Basically, the group is a community of like-minded individuals who want to be successful in the music industry. And, the best way to do that is to have people together. It’s like going to a gym – when you see other people getting in shape, it motivates you and it keeps that momentum going.

Also, it creates a support team from around the world. And, that’s actually how music works, it works in hubs. For instance, in the 90’s, Orlando was the centre of Pop music. You had Backstreet Boys, NSync, Brittney Spears, Christina Aguillera, Jessica Simpson and the list goes on and on. Then, Grunge came out from Seattle, R n B was from Atlanta, and Country music is in Nashville. So, different parts of the US create the music that the world listens to.

Now, we have the Internet, so I’m going to make my own hub with people from around the world. I’m sort of creating my own state for musicians but on the Cloud. It’s a way to surround yourself with other people who understand the business, who know how to make music. We’ve had it open for about a year and we have over 100 people from around the world.

I’m planning to do this membership program for 5 years, whereby the five-year point people around the world will start to hear that there are many artists coming from this online hub.

What’s the mindset that helped you get to where you are now?

To give you context, I didn’t have a family with money, I didn’t have someone around me who was really talented that I learned from. I’m a kid from the projects, which means gangs, violence and drugs on the ground were a normal day at school for me.

At some point, I came to the realization that 2% of the richest people control most of the money in the world. And, I thought, if the money is in the 2%, I have to do everything exactly not like the other 98%. So, if 98% of people are going out and drinking on the weekends, I’m not. I’m going to do the opposite of what the 98% do because that will by default put me into that two percent.

Most rich people in the world are not self-made millionaires, most of them inherited the money. Among them are some people who have reached a high level of mastery and a small number of people who have won the lottery. In the Mastership level, you can have anything like sports, music, science, real estate, and any other field. I realized that if I spend enough time in that high level of mastery, I can become one of the 2%.

I strongly believe that we mirror the people who are closest to us, so if you’re around four millionaires, you become the fifth. And so, I started surrounding myself with people who inspired me, who were at the level that I wanted to be at. It’s about being more intentional with creating friendships.

Another thing is that I always notice how to create win-wins. I tell people straight up when it’s not a win-win and I tell them to let me know when they find a win-win, and then I just walk away. I’m very honest about time management because time is the only commodity you can’t refund, reuse or recycle. There’s no reason to waste your time or mine.

Finally, I follow a very simple formula – if I don’t know something, I just don’t speak on it. And if I don’t know it, I’ll go study it until I do. I truly study, I don’t just say I know stuff. 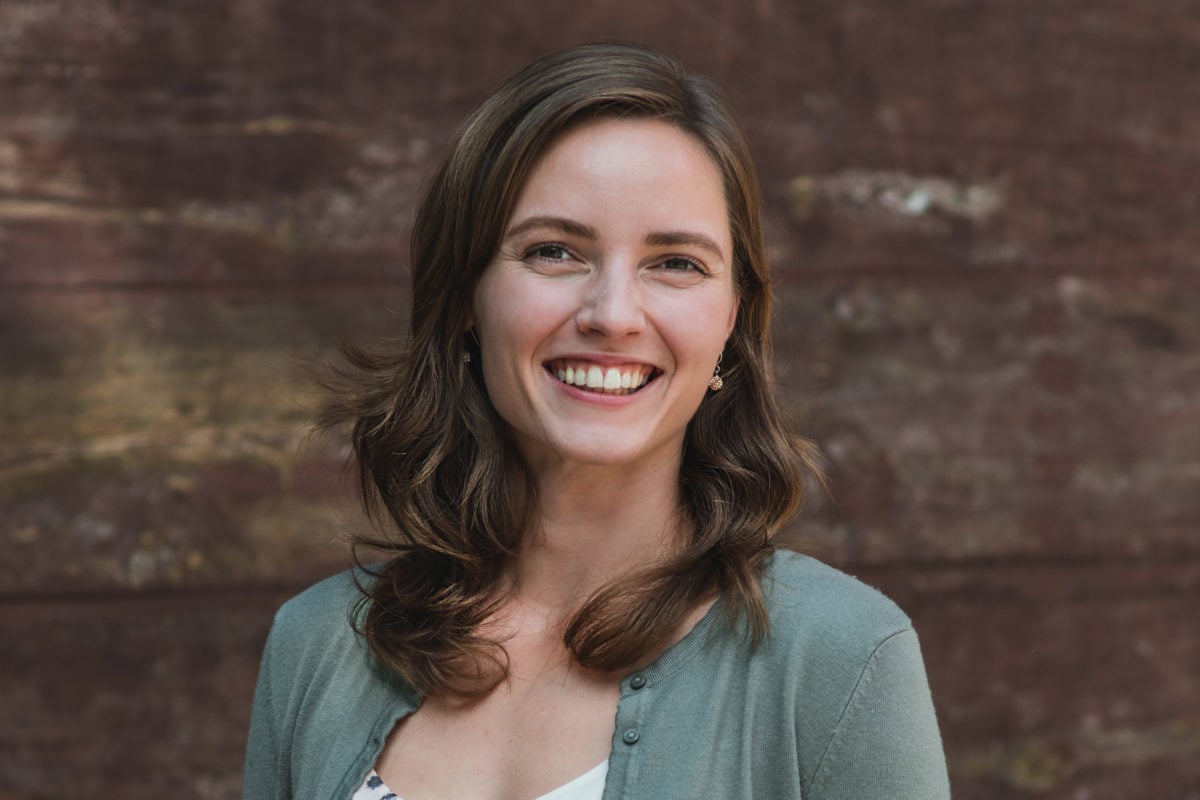 Zane is a Customer Success manager at Sellfy.